The biggest girls only entrepreneurship project ever in Ghana

Our project’s aim is to contribute to cultivation and mainstreaming of a strong grassroots’ female entrepreneurship culture in rural Ghana, where unemployment, underemployment, and job market exploitation/discrimination of females remains persistently rampant. We aim to mobilise, motivate, and capacitate young females and local stakeholders to create better work opportunities for young women.

To this end, our project entails piloting a female entrepreneurship and changemaker program across five rural municipalities in the Bono Region of Ghana, which will include the establishment of female entrepreneurial hubs at 5 girls-only senior high schools (SHSs), namely: Notre Dame Girls, Dormaa SHS (ADIKANFO), Bishop Owusu Girls, Our Lady of Providence, and Our Lady of Fatima SHS, all schools that Inspinest already collaborates with, and that will act as incubation/epicenters of a blueprint for others.

To facilitate a strong grassroots female entrepreneurship culture and policy environment in Bono region of Ghana through establishing and piloting of 5 female entrepreneurial hubs at 5 senior high schools in the 5 municipal districts of Sunyani, Dormaa, Berekum, Jaman South, and Wenchi.
These hubs will form friendly safe spaces for mobilization, motivation, and capacitation of young women here, to lean towards entrepreneurship for higher future job market chances, as well as strengthening the skills of local female entrepreneurs in surrounding communities.
This objective entails direct training of 60 changemaker students, 15 Teachers/Trainers of Trainers (ToTs), 600 SHS students, 300 local out-of-school aspiring entrepreneurs. All these are females.
To facilitate the growth and ongoing support for female entrepreneurs and entrepreneurial culture in the region, through strategic grassroots-based advocacy targeting key community, business, and policy stakeholders.
Here we will develop strategies with and among regional CSO’s and entrepreneurial stakeholders to create an ongoing dialogue and lobby for needed changes targeted policy & government actors.

We will also mobilize the local district executives (that have power of local decision), and the Regional Minister to support the project and lobby for the implementation of the model in other regions and junior high schools in the country. Our project aims to create a blueprint.

To understand our focus on youths as a group, and especially young females (girls and young women), we start with some concrete demographic statics of Ghana and Bono Region in relation to the intervention.
A third of the people in Ghana are aged under 25. More than a fourth are adolescents. Like most other African countries, these numbers are only growing.
– By September 2020, youth unemployment rate in Ghana was 12% and on the rise with more than 50% underemployed, both numbers being above the overall rates in Sub-Saharan Africa (World Bank, 2020). Majority of both the unemployed and underemployed youth in Ghana are females.
– Young women in Kumasi or Accra (big cities) are exploiting digital marketing on social media platforms to create successful small businesses – attesting to the entrepreneurial acumen of the youths of the country. But the trend, like many others, is yet to make its mark in provincial regions like Bono.
– During mixed-gender workshops, Inspinest has experienced how capable young females in the Bono Region are holding themselves back from speaking out their mind, and from striving to live out their professional dreams because of societal norms, for example excessive respect towards the elders, and local conservative traditions. Kindly read further about the Bono Region on the Inspinest website.

The growing calls for entrepreneurship
During the past decade, the government of Ghana has implemented numerous entrepreneurial efforts and programs targeting the high and rising unemployment among the youth. The government also advocates for and initiates entrepreneurial efforts with focus on women and girls, as they recognize that, local communities’ benefit from women empowerment in the long run. But according to Inspinest and the other members of Ghana Hubs Network, the governmental entrepreneurial efforts are often inadequate or lack a sustainable effect, especially in provincial regions. As late as 20th of October, the Deputy Finance Minister of Ghana urged the youth to venture into entrepreneurship, stating that the government cannot hire anymore public workers, but did not mention any supportive initiatives. This is just another example of entrepreneurship being mentioned in Ghana on all political levels, as the means to solve unemployment, recognizing all the benefits of locally rooted businesses, but these statements are rarely accompanied by actual sustainable strategies or policies.

This project however, benefits from a newly appointed female Regional Minister in Bono, Ms. Justina Owusu Banahene. She is a former municipality executive of Sunyani, has worked as a lecturer at local Berekum University and has been elected as national deputy women organizer. In September 2021, she made an official statement calling for school reforms and mandatory entrepreneurship experience to solve youth unemployment issues in the region. That is why a successful and systematized entrepreneurship model for young females in Bono has the potential to attract political support and interest, not only in the region, but on the highest level of politics and potentially be implemented in other parts of the country.

The main goal of this project is to empower young women to take responsibility of their future, breaking the gender barrier, but also empower them to inspire and empower other young women in their local communities. 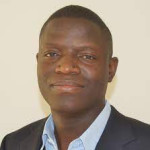